Some people are extremely sensitive to electromagnetic fields. These people can actually sense the fields on their bodies.

What Does EMF Feel Like?
Most people cannot since EMF radiation, but some people are extra sensitive to electromagnetic fields. The people report burning tactile sensations on the skin from EMF radiation while others describe it as a buzzing sensation in their head or on the skin.

Here are some more reports on people who can actually feel and sense electromagnetic fields. 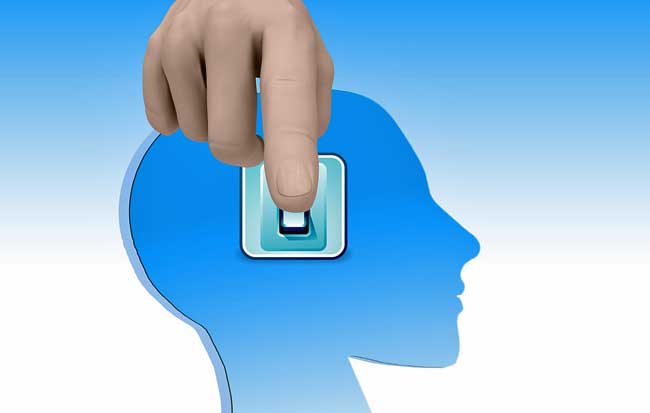 If you have been following our website for a while, you might know that my wife is extremely sensitive to electromagnetic fields. She has often described the sensation on her skin as buzzing, tickling, or a light burning sensation.

Here we will try to describe in greater detail how the EMF radiation may feel.

Whenever a sensitive person is using a cell phone next to his/her head it will typically produce heat.

It actually produces heat for all of us when we are holding the cell phone right next year. We will get back to that in a second.

Can feel like your brain is getting heated up too much from the cell phone radiation.

This can also because directly in the skin on your arm or wherever a mobile phone is touching the skin. These are the radiofrequency types of EMFs. We also have the magnetic fields which we will typically find around motors, transformers, and similar electrical devices.

Thee devices also emit high levels of EMFs and many people have reported that they can sense the buzzing from the generator inside the charger of laptops etc.

It’s important to distinguish between the moving parts of the motor of the generator and the radiation itself. If you place a MacBook charger directly on your leg or your arm you will immediately feel how hot it is. This is not the same as saying that you can actually feel the electromagnetic field.

The effect from an electromagnetic field can also feel your head with buzzing background “noise”. This is not necessarily an audible sound. It can be more like having a swarm of bees in your head, as my wife typically describes it.

This can actually happen from several different types of EMFs.

Sometimes it will be caused by radio frequencies such as the ones we find out round routers would Wi-Fi signals. These RF signals are also present around smartphones and tablets as well as cell towers and baby monitors.

Other times it will be caused by a strong magnetic field which would typically find around the breaker panels or from the electric current that can move on water or gas pipes.

Finally, we have the dirty electricity and we have electric fields.

When you combine all of these different types of EMFs you can quickly create a very high-exposure area which is very unpleasant for people who are highly sensitive to electromagnetic radiation.

My wife would typically have the strongest reaction around our induction stove. This happened years before we found out about EMFs. We later found out that our specific induction stove model actually has the generator placed right next to your belly when you’re using it. This is a very bad design because it can just as easily be placed toward the back of the stove.

3) Tinnitus Ringing In Your head

We also have several occurrences of people who get tinnitus whenever there’s a strong electromagnetic field nearby.

Sometimes the ringing in the ears will disappear immediately when you turn off the Wi-Fi or the other source off the electromagnetic field. Other work times it will wear off over time when the EMF is reduced.

As many as 14% off people that are hypersensitive to EMF radiation have reported on problems with tinnitus.

I have suffered from tinnitus during a period of around a year but this was a couple of years back and it came from rock concerts and not EMF exposure. So I know exactly how frustrating it can be to have this constant ringing in your head that you simply cannot turn off.

Many people who suffer from tinnitus will not know where it comes from and EMF just might be one of the most overlooked causes of tinnitus.

This is pretty similar to number two. When people talk about bring talk they are typically talking about having a hard time concentrating. Other people have a hard time remembering things they normally could remember easily.

Some people will experience brain fog as soon as they are being exposed to radio frequencies from smart meters or cell towers. These are background radiations that constantly affect the radiation levels in the homes and workplaces around them.

The problem with sleep, when it comes to EMF,  is typically related to either magnetic fields or radio frequencies.

You should try to turn off all your phones and routers as well as the breaker panels that control the wiring to your bedroom. This will typically reduce your radiation in the bedroom significantly and enough for people to detect a difference in the quality of their sleep.

But the best thing you can do, and the quickest way to find out if EMF is messing with your sleep is to remove yourself to an EMF-free location. This could be a campground or going out in nature with the tenant for a week, as we mentioned earlier in this article.

You should be able to detect the difference in your sleep patterns immediately. If you asleep doesn’t improve you are probably not being affected by the EMFs in your sleeping environment.

Or you are having other sleeping problems as well.

How Do You Know If You Are Sensitive To EMF?

It’s very hard to tell because people experience a long variety of different symptoms (as we will look at it in the next section).

If you are experiencing some of the most common EMF symptoms you should try to take a complete break from EMF radiation.

It’s not as easy as it sounds, and because we are constantly exposed to radio frequencies as well as magnetic fields and electric fields. But there are several ways you can go about this as we were looking to here.

The first thing you should do is to go out in the countryside. If you like to go camping are RVing this could be a good excuse to get away for a few weeks. Get as far away from cell towers and power lines as you can and enjoy the silence in nature.

If you are hypersensitive to EMF radiation you will quickly detect a difference in your energy levels.

Many people have shared the experience as being almost instant recovery from fatigue and headaches as well as sleeping disorders.

If you are experiencing quick progress you should take it seriously and start doing your own investigation on your living space. All you need is to get a good decent EMF meter and you can start detecting all the different types of your maps in your home.

If you are experiencing problems with sleep or stress whenever you are around cellphones, wifi, or other types of EMF radiation, you should definitely look into shielding and probably have a building biologist look at your home.

What Are Typical Symptoms Of EMF On Your Body?

People report many problems from high-exposure of EMF from sources such as smart meters and cell towers. Whenever people find out that they are sleeping directly above smart meters they typically link it to specific dates where they started to have problems sleeping. Others are affected in similar ways after cell towers have been placed right neck to their windows.

If you suspect this to be the case you need to pay close attention. You might be the only one who is looking in the direction of the EMF radiation. There simply isn’t enough awareness about these problems yet.

In this article, we have collected a lot of different problems people are experiencing as a result of high levels of EMF radiation.