Smart meters are creeping in everywhere in our houses. They are replacing the old analog meters and most people do now even know what they look like.

I must admit that I also happen to Google several times before I found out if we had a smart meter installed. We did. Luckily, it’s placed in our basement so it’s pretty far away from our living room, bedrooms, and the main living spaces.

Here are some pictures that will show you exactly what smart meters look like.

It should be fairly simple to identify the smart meter in your home from looking at these pictures.

How Do Smart Meters Look Compared To Analog Meters?

Here are some more designs to show you what the OLD type of meter looks like. These are not what we call smart meters, they are the analog meters that emit no RF radiation at all. 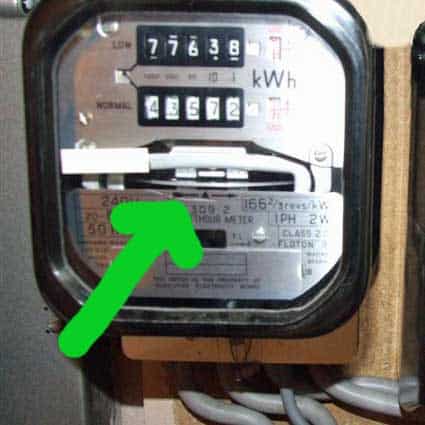 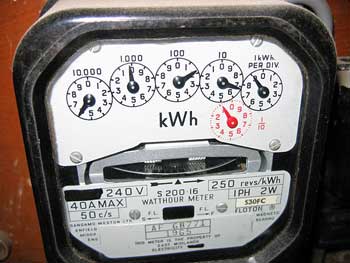 The green arrow is pointing to the disc that runs around all the time on these old meters. This disk is the way to recognize the old analog meters which are quickly being replaced by smart meters.

You want to keep your old analog meter and not have it being replaced by a smart meter. These meters do not admit any form of RF radiation, as mentioned above, but they can certainly emit dirty electricity. They are not completely harmless If you are being very sensitive to EMFs and you will need to measure the amount of dirty electricity on the meter regardless of which type you are seeing.

12 Smart Meter Designs To Look For

Smart meters have many different designs because there is a long list of manufacturers (they are listed further down this article). Many designs are round devices sticking out from the wall while others are more shaped like boxes installed directly on your wall.

Let’s take a look at some of the most common designs to help you identify and find the smart meters in your home.

Smart meter from the U.S. 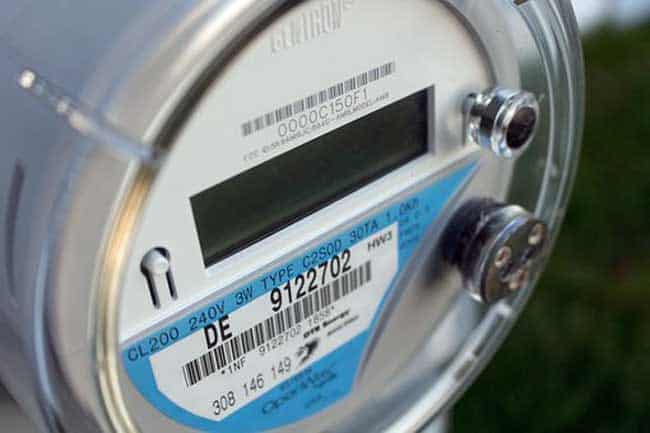 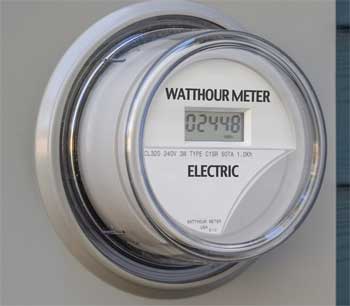 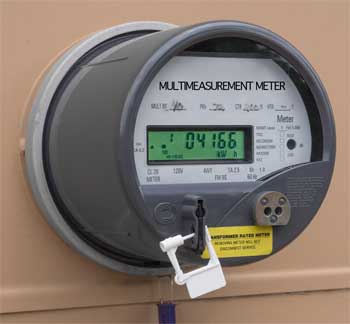 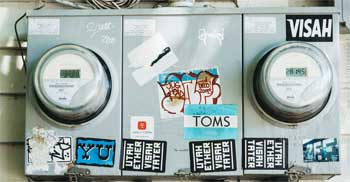 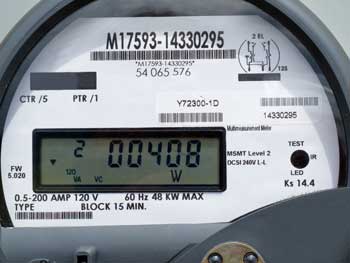 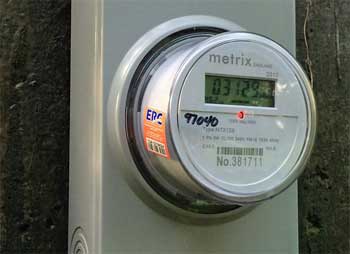 The smart meters will always have a digital display instead off the analog counters.

Sometimes that will be at wireless symbol showing you that radio frequencies are being emitted from the device. But too often there’s no indication at all showing you that you are dealing with a source of radiation.

We also find that a lot of the smart meters to have a more box-shaped design. These are typically being used in Europe while the round designs are more commonly found in the United States.

We also find these design in Asia where there are several Chinese manufacturers that we are not aware of. The language barrier is obviously a big obstacle here.

Here are some pictures to show you exactly what you’re looking for: 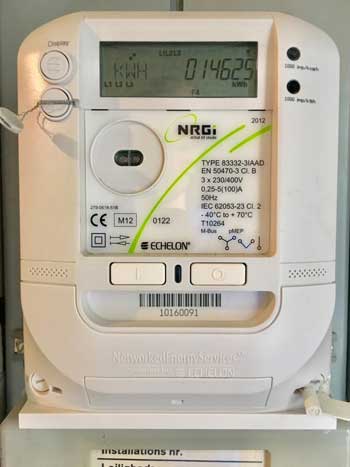 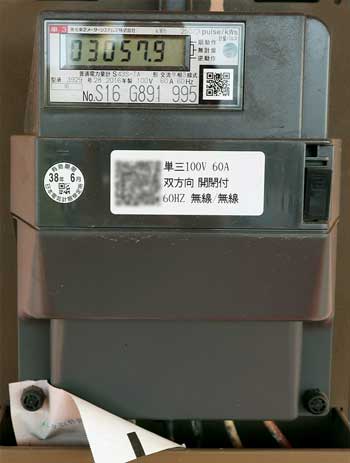 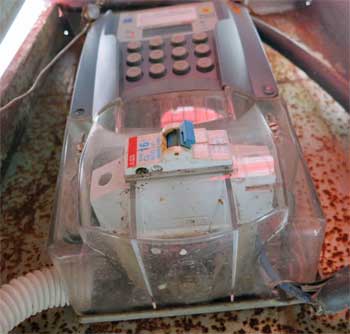 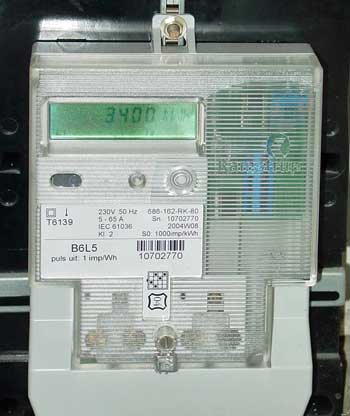 Smart meter from the U.S. 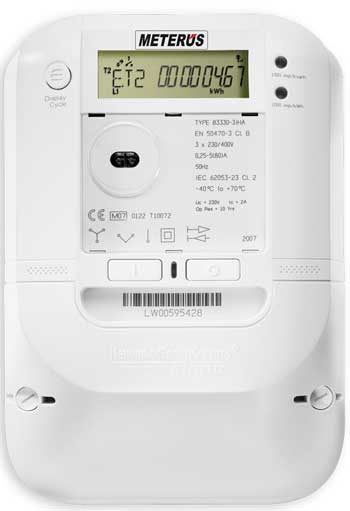 We weren’t able to find as many pictures from the European designs. But I’m sure you’ll locate your smart meter if you read the rest of this article. It provides everything you need to know in order to find it out whether you are dealing with an analog meter or the digital smart meter.

9 Manufactures Of Smart Meters To Look For

We have tried to compile a list of the manufacturers of Smart Meters. This is a tough task because new manufacturers are constantly being added and it’s really hard to distinguish between the brand-name and the name of that energy provider in the area.

The name of the energy provider will typically also be printed onto the label on the meter. If you take a look at the example above (the first smart meter with a square design) you will see that it says “Echelon” and it says “NRGi”.

Here is what we believe is a good list of smart meter manufacturers:

What’s A Safe Distance To A Smart Meter?

We don’t want the smart meter to be anywhere close to our houses. So there’s no safe distance to a smart meter within the parameter of your house.

Where Are Smart Meters Typically Installed?

We didn’t ask anybody before we did this. We just bought a smart meter covers and placed it on top of each of the smart meters. Luckily, nobody has removed them yet and I don’t think anybody else in this building knows what a smart meter is or that the shields have been put up by us.

Here’s a link to the smart meter covers we have used.

There are actually three smart meters in our basement because we are a pretty big house.

This is often the case when you are living in an apartment building because every time you have a new apartment and a new tenant they will need to put up a separate smart meter in order to separate the data.

As it turns out, one smart meter can only transmit data for the circuit it is connected to. This is important to realize because if you don’t investigate this you might find that you’re sleeping and top of 20 smart meters.

The smart meters are typically installed in the basement of apartment buildings. If you are living on the main floor in the huge building that can be a long list of smart meters right below you.

How To Get Rid Of Your Smart Meter

The easiest way to get rid a few Smart meters is to never have them installed in the first place. If you know that these meters are being installed in your neighborhood you need to put up a sign on your door that you don’t want the smart meter installed on your address.

But what about the meter that has already been installed?

We hear many stories and it tends to vary a lot what you can do once the smart meter has already been installed on your address.

If you want to have the meter exchanged for an analog model you need to send a legal notice to the power company. It’s a pretty straight-forward notice that informs them that you will have it replaced. The company will try to convince you that they have the right to install a smart meter but they (typically) only have the right to place an analog meter.

You can find a guide to writing the letter to the power company here. There you will also find a smart meter refusal warning tag you can put on the analog meter you are going to put up to replace the smart meter.

Spoiler alert: Your power company is not going to comply with your letter.

The rest of the story here is pretty simple. You pay a certified electrician to remove and replace the smart meter with an analog meter.

Don’t try to do this yourself because it’s both dangerous and you need it installed properly in order to create a safe environment for your family.

This is how the electrician does it:

Make sure to document everything here because the power company shouldn’t have any easy way to sue you. They will probably be trying to force you to put the smart meter back up. You should take pictures of everything you send to them so you can verify that you have not stolen anything in the process.

You should also keep the tracking numbers for the packages when you send the smart meter back to the power company.  It’s important that you keep all these things.

This video is a great source to read more about how to get rid of your smart meter.